Home  |  Question of a Dying Man

Question of a Dying Man

By Satyanarayana Dasa: It is ironic that even while life is full of uncertainties, we continually try to plan for it and figure out how to lead “successful” lives. Death, on the other hand, is absolutely certain, but we tend to avoid thinking about it, let alone planning for it. We even avoid the word “death” using phrases such as “kicked the bucket,” “passed away,” “departed,” or “ascended to heaven,” instead of simply saying someone has died. 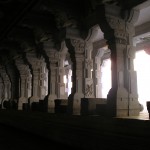 It is ironic that even while life is full of uncertainties, we continually try to plan for it and figure out how to lead “successful” lives. Death, on the other hand, is absolutely certain, but we tend to avoid thinking about it, let alone planning for it. We even avoid the word “death” using phrases such as “kicked the bucket,” “passed away,” “departed,” or “ascended to heaven,” instead of simply saying someone has died.

Here is a short story that illustrates the importance of inquiring about and preparing for death.

Long ago in India there was an emperor named Pariksit.  One day, while hunting in the forest, he chased an animal into the deep forest and got lost from his entourage. After some time, he felt very thirsty and hungry, but luckily, he chanced upon a hermitage.  He decided to go in and ask for some water. When he got inside, he saw a sage sitting peacefully in meditation. He respectfully asked the old sage for some water, but the sage, being in deep trance, did not respond. The emperor became offended, because he thought the sage was feigning being in a trance to avoid him.  In a fit of rage, he put a dead snake on the yogi’s neck and left.

When the yogi’s son learned about this offense to his father, he cursed the emperor to be bitten by a snake after seven days. Surprisingly, when the emperor heard about the curse, he did not become unsettled, but accepted this circumstance as the grace of the Lord. He handed over his kingdom to his son and sat on the bank of the Ganga river, where many great yogis, saints, devotees, and sages gathered to meet the emperor and be with him until his last day. The emperor posed an interesting question to the hoary assembly. He said, “What is the duty of a man about to die? How can he attain completeness?”

The exact word used by him is “mriyamanasya.” Although the word is translated as “one who is about to die”, it literally means “one who is dying.” We think we are living and are concerned only about living. But there is another side of the coin. We are also dying at every second. Every birthday we celebrate is also a “death day.” The 25th birthday means that a person has died 25 years of his life. He is closer to death by 25 years.

Pariksit’s question is very pertinent to all of us. We are all, like Pariksit, inquiring about many things in life. We are regularly tormented by the pangs of hunger and thirst, which symbolize our material desires. Most people, even though they appear to be seeking solutions for their spiritual problems, are in fact indirectly seeking succor from their material afflictions. As depicted in the story, a real sage may not respond to our ephemeral needs. Because of this, we may disrespect the spiritualist, intentionally or unintentionally, and be cursed to die. (In fact, according to scriptures, this is something that we have been doing for countless lifetimes, which is why we must repeatedly suffer continuous births and deaths.)

In the assembly of the sages there were scholars belonging to different schools of philosophy, such as Nyaya, Vaisesika, Yoga, Samkhya, Purvamimamsa and Vedanta. They all deliberated over Pariksit’s question, but there was no consensus. At that point, a highly learned and realized sage,  Sukadeva, son of Vyasa, appeared on the scene. He was briefed on the deliberations, and accepted the invitation to reply to the emperor’s query. Sukadeva was very pleased with the question and complimented the emperor for asking such a wonderful question. He said that the emperor’s question would bring welfare to humanity. Although over the next six days, he gave an elaborate reply on the topic, the essence of his discourse could be summarized in one particular verse:

“It has been concluded that reciting or singing the names of God (Hari) is the best means as well as the end for those who have material desires, or those who are detached to the material fruits as well as for the self realized souls.”

Sukadeva’s answer was approved by the scholars of various schools. Reciting or singing names of God or Mantras is a very effective and easy means to attain liberation. It is a very powerful process to control one’s mind. It is also recommended by Patanjali in his Yoga Sutras, as well as by Krishna in the Bhagavad Gita. All the teachers of different schools, personal as well as impersonal, Vedic as well as Tantric, have recommended the time-tested process of chanting.

With respect to the story, the practical application of this wisdom should be dealt with in the following manner: Individuals should approach a spiritual guide with genuine intentions of making spiritual progress. They should take guidance on how to recite the Holy Name or mantra, which will enable them to clear away their material attachments. At that point, they will have achieved liberation from the cycle of birth and death, and will continue to sing in happiness for the pleasure of God.