Home  |  The Essence of Philosophy

The Essence of Philosophy

October 7, 2012Questions & AnswersShastraComments Off on The Essence of Philosophy

Question:  I heard that Sukadeva Gosvami was in his last life the parrot of Krishna, and in this life first he was a Brahman-realized person. How to understand this, if he’s an eternal associate of the Lord? Is this lila? 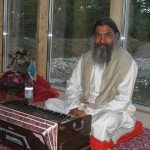 Answer: Try to understand the essence of the philosophy. These stories are there to explain the philosophy, but by themselves they have no meaning. Whether Sukadeva Gosvami  really existed or not, that itself has no meaning. The point is what is being explained, e.g. dharmah projjhita-kaitavah (to reject all materially motivated or cheating religion).

Bhakti can’t be performed unless one becomes free from the cheating propensity. And one of the greatest cheating propensities is the desire for liberation. Unless one becomes free from the desire for liberation completely, one will not perform bhakti. Because mukti and bhakti are completely antagonistic to each other.  One who wants to attain mukti, has no interest in bhakti, because mukti means, „anything else is useless, renounce everything, let the whole world burn to ashes, I don’t care“. One is interested only in one’s own selfishness. So that has to be absolutely removed.

The story of Sukadeva Gosvami is explained for this purpose only. Sukadeva was self-realized from his very birth, nobody can be more realized than him. He was so realized that he didn’t know the difference between male and female. He was completely absorbed in Brahman. But after the same person heard one sloka of Srimad Bhagavatam, he returned to study from his father. He studied the whole Bhagavatam and Vyasadeva taught him.

That means, bhakti is superior to mukti. Sukadeva Gosvami  Mukti  was such a great, highly renounced person, but he renounced even that mukti and became a follower of bhakti-marga, the devotional path. What can be a higher renunciation than that?

Unless it is established that bhakti is superior to mukti, people will not take interest in it. The Bhagavatam main purpose is to establish this fact.

That is the whole story between Narada and Vyasa, because Vyasa has not explained uttama bhakti clearly. This is how Vyasadeva begins to tells the story and explains how his son was born.  Otherwise, there is no historical evidence that Sukadeva Gosvami  stayed in his mother’s womb for 16 years. And as soon as he took birth, he grew up. What is the need of showing all this?

Stories have to be made to create some interest, but the point is not in the story at all. If you try to investigate the story, you’ll end up nowhere. There are so many types of Sukadeva Gosvamis. Just when you read Mahabharata, Sukadeva Gosvami is married and has children there. And there is also Jayasukadeva, another Sukadeva. But that is not the point. The point is the purport behind the story. Bhagavatam wants to establish dharmah projjhita-kaitavah, and it uses different stories for that.

Another example is the story of the four Kumaras. They were also absorbed in Brahman and completely naked because they were so renounced. They were so great that they went even to Vaikuntha.  And then they became angry. That is to show that even such renounced people can’t become free from their material vasanas (subtle impressions and inclinations). Only bhakti makes you completely pure and cleans the heart.  So this story basically defeats all these ideas of mayavada and similarly the path of yoga.

The whole purpose of all these stories is to show how devotion is free from all other motives and selfishness, which is all cheating. Unless one comes to this platform, one remains impure, because he still has some cheating propensity.

(transcription from a conversation)