Home  |  Religion and Politics Should not be Mixed

Religion and Politics Should not be Mixed

By Satyanarayana Dasa: Many times I read that religion and politics should be kept separate. They should not be mixed. Here in India it is a common feeling of the educated gentry. Usually such people are afraid that if politicians subscribe to a particular religion, they will oppress followers of other religions. There have been examples of such oppression and atrocities in the past where a ruling party crushed or ostracized members of a religion not followed by them. 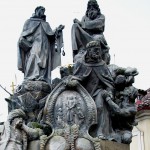 Many times I read that religion and politics should be kept separate. They should not be mixed. Here in India it is a common feeling of the educated gentry. Usually such people are afraid that if politicians subscribe to a particular religion, they will oppress followers of other religions. There have been examples of such oppression and atrocities in the past where a ruling party crushed or ostracized members of a religion not followed by them. There are also some states that are religious and do not favor citizens practicing other religions. This is understood to be the chief cause of fear in the minds of people who support keeping religion and politics separate.

Is it an absolute principle? I think not so. The purpose of politics is to do welfare to people. Every politician who contests elections promises to do welfare, whatever it may be. It is on the basis of such a promise that politicians are elected. The purpose of religion, called dharma (ethics, morality, religious duty), is not different from that of politics. Politics is called rajaniti, the code of conduct followed by a ruler or ruling class. Rajaniti is always a part of dharma-shastra such as Manu-smriti or Yajnavalkya-smriti. Dharma-shastra are the books written by sages of India which delineate the duties of citizens according to various classes (varnas), such as educators, rulers, etc.  No description of dharma-shastra is complete without laying down the principles for the rulers. Dharma is meant to give ultimate welfare to society and politics is but a part of it. Therefore, traditionally in India, dharma was never separated from politics. The rulers of India, the kings, were followers of dharma. In their student life they were trained in dharma. We do not find descriptions of atheistic kings in the history of India before it became a republic state.

A rare exception is King Vena, but he was rejected by the people. His story is described in the Bhagavata Purana. Vena proclaimed himself to be God and prohibited worship of any other god or the performance of yajna (sacrifice) to propitiate any other deity. He was advised by the sages to revoke this law, and when he refused to accept their advice, the sages chanted mantras that killed him. This shows that an atheistic king or a king who hindered the religious life of people was not acceptable. Apart from that, Vena was not such a bad king. There were no thieves or robbers in his kingdom. 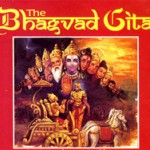 We also read that the two main avataras, Lord Rama and Lord Krishna, who appeared as human beings, belonged to the ruling class and were therefore politicians, although the main purpose of their descent on earth was to establish dharma. In fact, Lord Krishna says in Bhagavad Gita that He comes to establish dharma in every yuga. And establishing dharma is not possible without taking charge of the kingdom, which means being involved in politics. The whole battle of Mahabharata was fought to establish Yudhisthira, who was known as Dharma-raja (the king of dharma), as the emperor of India.

Politicians are not trained in dharma

Thus dharma and politics go hand-in-hand. One of the major reasons that there is so much corruption in politics at present is that politicians are not trained in dharma, especially in rajaniti, or the duties of a politician. Politics without dharma is bound to breed corruption sooner or later because of human afflictions like selfishness, greed and other impurities. In India some politicians have contested elections from prison, and there are many who have criminal cases against them. To avoid adharma in politics, there must be some basic requirement of character for a leader of society.

Similarly, without politics it is almost impossible for people to be dharmic. The role of religion is to make one righteous and loving, and politics means caring for people and their welfare. When religion and politics don’t coexist, politicians are corrupt and religious leaders struggle to teach dharma to society.

Need of the time

The problem arises when religious leaders restrict the freedom of people to follow their dharma. If such religious leaders gain political power, they ostracize members of other religions. This should not happen. When leaders allow religion to become all encompassing with full freedom to pray and worship in any manner as long as it does not interfere with others, it will bring righteousness and peace to people and will be suitable for any society. Then there will be no cause to fear such leaders. Indeed, such leaders are the need of the time.

Today both religion and politics need a change. Religionists should be tolerant to allow freedom to everyone to follow the religion of their choice. And politicians should be trained in the basic principles of dharma. If leaders are righteous and spiritual, the whole society can flourish and be uplifted.