Home  |  Descriptions of Women in Shastra

Descriptions of Women in Shastra 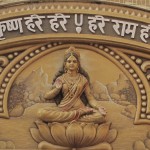 Question: Often we hear statements that women are 9 times more lusty, but I have not come across that in any scripture. Some people may argue that the basis of this roof for the “nine times lustier” statement in shastra is in the story of Devahuti and Kardama Muni (SB 3.23.44) where Kardama expands himself 9 times to have intercourse with Devahuta. Could you comment on that?

Answer: Just because Kardama expanded into nine forms does not prove that women have nine times more lust than men. Is Devahuti a representative of women in general? Even if it is agreed that Devahuti had 9 times more lust, why did Kardama have to expand into nine forms? He could have had sex with her nine times. Expanding nine times means that he had nine different moods to conceive nine girls of different mentality. This has nothing to do Devahuti’s lust. Kardama is one of the Prajapatis and produced nine daughters to propagate the creation. Number 9 signifies completeness. No acarya has commented that Devahuti was nine times more lusty. If this conclusion is drawn from his expanding nine times, then since Saubhari Muni married 49 girls expanding himself into 49 forms – that means he was 49 times more lusty than his each wife. Thus men must be 49 times more lusty than women. Usually a king had many wives and rarely you see a woman having more than one husband, rare example being Draupadi, so who is more lusty? It is men who rape women and not vice versa. So who is more lusty?

Question: Then how to understand the following verse:

“Women took a fourth part of Indra’s sin of slaying a brahmin by accepting the reaction of their monthly unease. In return they received a boon of constant sexual capacity.”

Answer: I checked the sanskrit commentaries by various acaryas of different sampradyas on verse 6.9.9. Nobody says that it means women have more lust than man – 9 times or whatever times. They say that they have more capacity to have sex and can have sex even while pregnant. One acarya says that the word kama in this verse means “desire” and not sex or lust. Thus it means they are more desirous for material objects. That is natural because they maintain children and family and want a stable arrangement for that. That is their instinct. Nobody has glossed the word “kama” as “lust”.

Women have more capacity for sex does not mean that they have more lust. Capacity for sex is not same as lust, just as if someone is rich and thus has more capacity to give charity does not mean that he is more charitable.. If they had nine times more lust they would not be satisfied with one husband. They would need a few of them to douse their lust because one husband would not be able to satisfy their lust. But such is not the case. It is just the opposite.

Because women have more capacity for sex they can be prostitutes. But who goes to prostitutes? Only lusty men. A woman does not become prostitute because of lust but because of earning money. So basically prostitutes are the only one who are making use of Indra’s boon !!

It is known fact that a woman’s libido diminishes after giving birth to a child. But such is not the case with men and thus some men feel sexually dissatisfied with their wives who have born children and run to prostitutes or have extra-marital affairs.

sālāvṛkāṇām — of monkeys, jackals and dogs; strīṇām ca — and of women; svairiṇīnām — especially women who are independent;

The word ‘especially’ is not in the Sanskrit. But strinam and svairininam are mentioned seperately. Is svairini here an adjective to stri or a separate noun? In the latter case, BBT would be right in saying that all women, especially the independent ones, are untrustworthy. Jiva Goswami comments – svairininam strinam cety anvayah – does this mean that BBT is right here?

Question: You have translated BG 9.32 in the following way:

O Pārtha, even those of sinful birth, women, the merchants and farmers (vaiśyas), and also the labor class (śūdras), by taking refuge in Me certainly attain the highest goal.

This verse has created much confusion and ill-will because the term päpa-yonayaù, sinful birth, has been considered by some translators and commentators as an adjective to the other classes, namely women, vaishyas and sudras and not as an independent clause. Out of 13 commentators on this verse, 6 have taken sinful birth as an adjective to the other groups.

The verse, spoken by Lord Brahma, says that even “women, sudras, Hunas and Sabaras” who are  sinful, “papa-jivah”, and animals can becomes liberated, what to speak of those who absorb their minds in the Vedas. Could you please comment on this. To which kind of women does this refer?

Answer: The two verses that you have cited from Gita and SB can be interpreted in both ways. Sanskrit grammar gives that facility. In the Bhagavad Gita verse the word papa-yonah can be taken as a noun or an adjective of the other three nouns. It is up to the commentator how he /she wants to interpret it. From the various Gita commentaries you can see that there are both possibilities.

However, if papayonaya is taken as an adjective of the remaining three categories, then the natural question arises as to why vaisyas are considered to be papyoni. Vaisyas are counted among dvijas which means theyhave the right to study the Vedas. Papayoni are not allowed to study Veda. It is for this reason that many acaryas have taken the word papayonayah as a separate class and not an adjective of the other three.

Krishna Himself is famous as a cowherd boy and thus belonging to the vaisya class. Thus we can believe that He would not consider cowherds as papayoni.  He thus intends to consider papayonaya as a separate class. This will make a better sense.

However, if it is accepted that papayonaya is an adjective of the other three classes, as has been done by some acaryas, then also it should not be taken as an insult to the three classes. His intention here is certainly not for delineating who is a papayoni and who is not. Rather He is stressing the importance of surrender to Him, the greatness of bhakti. We have to always keep in the mind the subject under discussion. There s a famous hermeneutic principle — – na hi ninda nindayitum pravartate api tu vidheya stotum – the purpose of criticism is not to criticize others but to establish the conclusion about the subject under discussion. The subject under discussion is bhakti – both in Gita as well as in SB. Therefore, the intention of these verses is not in criticizing women, vaisyas or sudras but to stress the importance of bhakti. If this is not understood, then we are only deviating from the topic and that is considered a defect in debate, and a point of defeat, nigraha-sthana.

The word papajivah in SB 2.746 can also be taken an independent category. The word api also means “also” in the sense of “and”. It is not necessary that it has to be taken as an adjective of the other four categories. Then it can refer to animals and birds. That is also true about the Gita verse. That in fact brings even more glory to bhakti because it states that even animals can transcend maya by bhakti – a goal that cannot be achieved by other paths such as jnana-yoga.

So the conclusion is that whether you take papayoni and papajivaa as adjective or a separate category, these verses are not meant to demean women. Yet, to take these words as independent nouns is preferable because that brings out the distinctive feature of bhakti.

I hope this throws some light on the meaning of these verses and and lightens and enlightens the heart of the ladies!!