Home  |  The Greatness of Bhakti

The Greatness of Bhakti

Question: Jiva Goswami writes in his tika of Bhakti Rasamrita Sindhu 1.1.22 that the dog-eater needs to take another birth to qualify for the soma yaga, and quotes Sridhara Swami who says that his immediate qualification for sacrifice means that he is given the respect due to a qualified person …

Question:  Jiva Goswami writes in his tika of Bhakti Rasamrita Sindhu 1.1.22 that the dog-eater needs to take another birth to qualify for the soma yaga, and quotes Sridhara Swami who says that his immediate qualification for sacrifice means that he is given the respect due to a qualified person:

“Therefore bad birth itself is here the cause of being unqualified for Soma-sacrifice and that means possessing sin that is antagonistic to qualification for that, not merely having an absence of qualification for that. Even though there is an absence of bad birth in being born from the seed of brahmanas there is still the necessity for a surya-birth [ie sacred thread initiation] which possesses the merit suitable for qualifying one for Soma-sacrifice. Therefore though the prarabdha that caused the bad birth that is antagonistic to suitability for Soma-sacrifice is gone, like brahmana-boys who because of absence of cultured practice have no surya-birth and must await a surya-birth that possesses the merit that can cut to pieces their absence of suitability for Soma-sacrifice, he [the dog-eater who chants the names of Krishna] must await another birth. This is the position. Therefore, in the statement of authority [S.B. 3.33.6] the words savanaya kalpate, “he becomes fit for Soma sacrifice,” are intended to mean he becomes respected or honored, but not that he has actually become qualified then and there (to perform that sacrifice).”
(Translation by Nitai Das)

Visvanath Cakravartipad seems to go straight against that by saying, in his own tika to the same BRS verse:
“‘Explaining that having qualification means being respected just like a person who performs sacrifice arises from a wrong interpretation of the text. It is incongruous with the actual text. The text says that destruction of prarabdha karma makes one qualified for sacrifice, not for being respected. That interpretation would be applicable in the case of jnanis who had some prarabdha karmas which instigated such bad qualities and then gained respect by performance of bhakti which extinguished those temporary bad effect.” (Translation by Bhanu Swami)

How to understand this contradiction – Sridhara Swami also says in his 7th Canto tikas that respect due to a brahmin is given to non-brahmins with brahminical qualities but they can still not wear the sacred thread. Does Visvanath here go against the previous acaryas or are the translations not right? 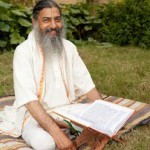 Answer:  Yes, Sri Vishvanatha is refuting Sri Jiva Gosvami here. But not with a bad intention. He wants to stress the greatness of bhakti and its efficacy in transcending everything material. Sri Jiva is being more practical and down to earth. How will a dog-eater become qualified to do soma-yaga, if you really know the intricacies of performing a soma-yaga? He will not know anything about it, let alone being able to chant any mantras required. What to speak of dog-eaters, I will say that even non-dog-eaters will also have no clue about the execution of soma-yaga. And nobody is going to teach them because for that one has to have the pre-requisite qualification. Yet Krishna can make the impossible possible (even though generally He does not do it, except in some rare cases like Lord Caitanya making tigers sing and dance).
So Sri Vishvanatha is referring to the possibility and Sri Jiva to the practicality. So no contradiction.