Home  |  Pride is the Opposite of Love – So Keep Quiet

Pride is the Opposite of Love – So Keep Quiet 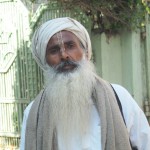 Sage Yajnavalkya speaks very saliently on this point (in Brhad Aranyaka Upanishad 2.4.5). He tells his wife Maitreyi that a wife loves her husband not for his sake but for hers. Similarly, a husband loves his wife not for her sake but for his. He goes on, explaining that all love in this material world is only for the sake of the self. Sometimes this selfishness is explicit; sometimes it is not— as in the case of Arjuna who could not to fight because of his own sadness over compassion for his relatives (Gita 1.27-28).

In perfect devotion, however, the action is done only for the pleasure of God, as exemplified best by the supreme spiritualists—the gopis. As Sri Suka says (SB 10.14.55), Krsna is the self of the self. Therefore, by Yajnavalkya’s natural principle of self-love, He is the supreme and most natural object of love.

The Materialist Trying to Become a Spiritualist

There is a third category of people, namely sadhakas, who are neither materialists nor perfect spiritualists. Their situation is a little troublesome. Materialists naturally work for the pleasure of their limited self-concept. Spiritualists like the gopis naturally work with enlightened self-concept for the pleasure of the self of their self, Sri Krsna. A sadhaka, however, is transitioning between these two states. His natural psychology is that of a materialist but his aspiration is to act as per the psychology of a spiritualist. Thus there is a tug-of-war in his mind, especially in the neophyte stage. 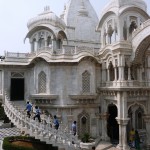 To attain perfection, a sadhaka needs to change his focus. As a materialist, he focused on his minute, divisive concept of self, but now he must focus on a larger self-concept, with Krishna and guru at the center. The materialistic journey heads one direction, the spiritualistic journey heads the opposite. A sadhaka must try to change his momentum and move in a new direction. He has to give up what he held most precious as a materialist: his selfishness, pride and egotism—for they are the biggest obstacles to his spiritual progress. As a materialist he worked for his own welfare, now he must learn to work only for the welfare of Krsna and guru, knowing that his real self is centered there and therefore his real welfare lies there.

We are like a reflection and Krsna is like the original object. If you want to make the reflection look beautiful, then you should beautify the original object. There is no way to beautify the reflection independently. This is the mistake that materialists make. They want to become happy independent of God. But this is not even theoretically possible. A sadhaka must understand this fact very clearly, and if unable to understand, then at least he must have faith in it. Then it will be easier to give up the futile pursuit of selfish happiness.

Selfishness, pride and egotism are anathema to love, bhakti. Thus Mahaprabhu recommended to be humble, respectful to all, without desire for respect, and tolerant like a tree. He said that one can do steady kirtana only in such a mood. This applies not only to kirtan but to any seva.

The mentality here is exactly opposite the materialistic mentality. The materialistic mentality thinks it will prosper by inflating its own power and importance, and serving its own needs. But the spiritualist’s mentality realizes that it prospers by giving importance to others, and serving their needs. A materialist therefore wants to protect and enhance his ego and pride, but a spiritualist strives to get rid of those very same things. By respecting others, one can get rid of pride and egotism. By being tolerant, one can do selfless service for others.

A tree neither eats its own fruits nor sits in its own shade. Its wood burns to keep others warm and cook their food. It never complains about heat, cold, rain or heavy wind. It purifies the atmosphere by consuming carbon-dioxide and producing oxygen. And the best thing is that it never boasts of its service to others. 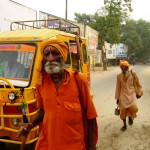 s we may be tolerant and not complain, but it is difficult not to look for praise or boast about one’s humility. To sing songs praising one’s humility is rather self-defeating! To do some seva and then talk about it to others defeats the seva—blocking any spiritual benefit that would have accrued. We should not say we did “selfless service.” We should not even think we are doing selfless service, and thus deserve some acknowledgement. A sadhaka needs to get rid of even the desire for respect, recognition and praise, for any such lurking desire will lead to pride and egotism, the enemies of love. They go against the formula for continuous seva given by Mahaprabhu.

Sometimes perhaps we refrain from boasting of ourselves directly to the person we serve, but we boast directly or indirectly to others about it. That also obstructs the spiritual benefit of our service. Therefore, if we are serious about bhakti, we should never speak about the service or welfare we have done for others.

Even though we find pride to be distasteful when we experience it in others, we are captivated by our own pride, and don’t even recognize how distasteful it must be to others. Nobody appreciates a haughty person. So, of course pride will lead to criticism and disrespect from others.

Devotional practice leads to pure love, pride leads to materialism. Pride is like a drop of lemon that can spoil tons of milk. Suppose you did some beneficial act for someone and then you boast about it to a third person. When the person whom you helped hears of this, he will probably feel used or exploited and will thus be insulted and hurt. His appreciation and respect for you will slacken and he may feel angry with you. He may not speak about it, but he would not like to take your help again. The person you helped surely knew your sacrifice, so why did you have to speak about it? Is there any real, spiritual benefit in that? No, it only inflates your ego, and proves that you have hidden desires for praise and respect.

If we want to be known as a great person, a pure devotee, we should ask ourselves, “Why do I want this praise? Will it increase my love for Krsna?” Certainly not! Why then should we engage in a pursuit which is not spiritually beneficial, not even spiritually neutral, but is spiritually detrimental? It may give you some material benefit, but that is not the goal of a sadhaka. Ultimately, seeking praise wastes our effort, time, and money.

Krishna Does Not Enjoy our Pride 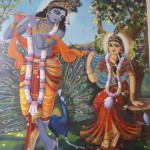 Like us, Krsna also does not tolerate if you do service to Him or His devotees and then advertise it. He is very intolerant of pride, especially in someone who wants to be His devotee. In the scriptures there are many stories illustrating this. Krsna did not tolerate even the most harmless pride of the gopis as they felt fortunate to dance with Him. He left them and disappeared, taking Srimati Radhika with Him. But when Sri Radhika Herself felt that She was special among all the gopis, He left her also. The gopis and Srimati Radhika are the very heart of Sri Krsna and they do not have the least bit of pride, yet Krsna enacted this lila to teach us the path of pure love. Therefore, to increase our love, we should try to be prideless and unselfish. We should not reveal our welfare work or seva to others, including (especially) the seva we do for guru and Krsna.

Praise and Criticism are Both Good

In the modern world, self-praise is an attribute. If we apply for a job, we need to sing songs about our achievements. We have to impress the employer. This is a general trend. In an assembly of people, everybody tries to show-off one’s credentials. This may be fine in the material realm, but in the spiritual realm such behavior is tantamount to committing spiritual suicide. Even just hearing your praise is dangerous, not to speak of praising yourself! This is why it is recommended not to advertise your spiritual experiences and realizations. Sri Jiva Gosvami advises not to reveal even your spiritual practice to others (Bhakti Sandarbha 339) and cites SB 8.17.20 in support of his advice. The very meaning of the word mantra is, “that which is kept secret.”

Whatever one says or does, praise and criticism are both inevitable. Sri Krsna’s advice is to be unaffected by both (Gita 12.19, 14.25, 26). Our tendency is to feel disturbed when somebody criticizes us, but when someone praises us, we feel happy. Praise, however, is also unpleasant, because the enjoyment of praise is the seed which causes us to suffer when we experience criticism. If we do not enjoy praise, we will not suffer in criticism. Therefore, Sri Krsna advises to see both as equal and be indifferent to both. Better still, try to feel happy when receiving criticism because it affords the opportunity for improvement. It is a great misfortune that our materialistic reflex is to become defensive towards criticism.

If revealing the service that you have done helps another person further, however, then it can be disclosed. For example, if somebody is in need of 200 dollars and you helped him by giving 50 dollars, you can speak about it to inspire others to contribute. Even still, you must be very clear about your intention. It should not be done to get self-praise. This tendency to be praised is very deep and subtle in the heart. Often we say we do not expect any recognition for our service, but deep within our hearts we desire and relish words of appreciation. The desire to be known as selfless is not selfless.

You Cannot Fake It 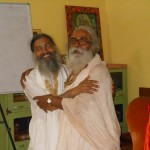 Pure love, prema, can be attained only by executing pure devotional service – uttama-bhakti. This devotional service is superior to ordinary welfare work. Welfare can be done for anybody, but uttama bhakti is only for God and His devotees. Perhaps we can fool materialistic people with eloquently indirect and sophisticated strategies of self-praise for our welfare work, but our desires to be recognized for our so-called bhakti cannot fool or impress great devotees and God. They understand your inner mindset, which even you may not know.