Home  |  Chanting the Name without Offense

Chanting the Name without Offense

Question: Cakravarti Thakur writes: “Even so, the Yamadutas, the messengers of Yamaraj, are powerless to attack anyone who chant the Holy Name, even offenders, for the Bhagavatam says, “[These devotees] do not see Yama’s noose-bearing servants even in their dreams, for they are free from the need for any other atonements.” In the description of the seventh offense, where it is said that one who commits sin on the strength of chanting cannot be purified even by many yamas, yama refers to that element of yoga practice [and not Yamaraj].”

Srila Jiva Gosvami explained in the same line the story of King Nrga who did get to hell because of his artha-vada aparadha [considering the scriptural praises of the Name as exaggeration].

How to reconcile this?

Answer: The reconciliation is as follows: If a person has no faith in the Name, and thus commits the offense of artha-vada, then he/she cannot get protection from the Name. How can the Name protect someone who does not believe in It but considers Its glories as false? So if one is engaged in such an offense, then nama will not protect. Thus Nrga did not get this protection. But Ajamila got it because he did not have any such offensive mentality.

Question:  Artha-vada is considered to be a grievous offense. But what is the difference between this offense and the lack of faith in the Holy Name. It seems like almost the same. But it is said that the Holy Name will act on those who do not have faith in it, and won’t act on those who consider its glory as exaggeration.

Answer: There is a subtle difference. One person knows nothing about the Name. He has neither faith nor dislike for It. He is just ignorant.  But the other one who considers the glories of the Name as exaggeration or completely false is a great offender. The first person is neutral. The second is not. So the Name sees these two people differently because of the difference in their mentality.  However, if one does not have faith even after hearing about the glories of Name, then he falls into the second category.

Question:  It sounds like almost a catch 22. I did not have any faith, so I did not chant the Name. But then I read some scriptural statement, and I have not yet develop deep faith in them, but now I am an offender and my chanting will bear hardly any effect. 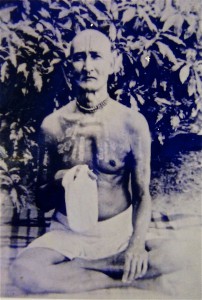 Answer:  Why do you say that “my chanting will not bear hardly any effect”? If you are not committing offenses knowingly, then your chanting will start cleaning your past offenses. Gradually you will start seeing the difference in your consciousness and in chanting. But if you chant and also commit offenses, then obviously chanting will not manifest its result. Yet, it is not useless. It will help to clean offenses if you do not commit the offense of artha-vada.

So it is recommended to chant and also be extremely careful not to commit offense. But mostly we pay stress only to the first part. However, the second part is equally or even more important. Many of the stories in Srimad Bhagavatam are teaching us about the effect of offenses. But we hardly see them that way and pay attention to them. A serious devotee must know the offenses very clearly and avoid them meticulously. Then one will see the effect of chanting very soon.

Question:  And also why is helaya, neglect, not considered to be an offense?

Answer:  It is not an offense if one is not doing it knowingly but out of ignorance. But such an example is rare.

Question:  In Russian there is a word “rama” (which means “frame”).  Does it mean that anyone who pronounces this word will chant nama-abhasa and will have a transcendental result of not coming to hell (practically everyone who knows Russian).

Answer:  This would be true if they are free from offenses, which is mostly not the case. Ajamila was a very very special case in that he was a sinner but not an offender. However, such examples are very very rare. Most people are sinners as well as offenders.