Home  |  Was Cāṇakya a Male Chauvinist?

Was Cāṇakya a Male Chauvinist?

Cāṇakya, a great scholar of polity whose theories of administration are unparalleled anywhere in the world, has often been criticized for his demeaning references to women. While exploring if this criticism is justified, we need to consider two factors: 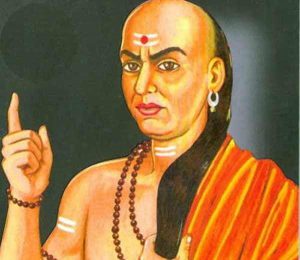 Cāṇakya was a mendicant brāhmaṇa and erudite scholar of political science. He lived in India in the 4th century BCE, a gloomy era of foreign invasions that were gradually defeating the Aryan kingdoms. Well-known for his great command in the fields of economics, ethics, philosophy, and politics, he was appointed as the chief administrator of Emperor Chandragupta (reign: 321–298 BCE), who was the founder of the Maurya Empire in ancient India.

Acting as the emperor’s counselor and adviser, he was instrumental in helping Chandragupta overthrow the powerful Nanda dynasty at Pataliputra, in the Magadha region. Dedicated to the safety and wellbeing of the citizens, Cāṇakya was able to convince the ruling kings to make war against the invaders and drive them off the sacred soil of Bharat–India. 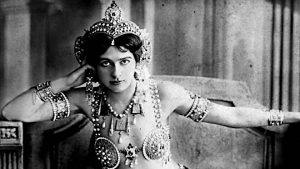 Mata Hari, a Dutch exotic dancer and courtesan who was convicted of being a spy for Germany during World War I.

In order to protect their kingdom from rivals, kings appointed spies to find out the secrets and weaknesses of other rulers. Since women are the greatest attraction for men, they were often engaged as spies who could easily influence the rulers and consequently cause the destruction of the state government.

Therefore, many verses spoken by Cāṇakya are pieces of advice to ruling kings. Cāṇakya gives his firm counsel not to trust women whose power of seduction can influence the king and cause his defeat to other rulers. Cāṇakya’s intention is not to criticize women, but to remind the male rulers of their strong attraction for women.

Women are of different types. The scriptures describe various types of women such as, sādhvī, virtuous women whose lives are inspired by sattva-guṇa; bhogyā, women predominantly influenced by rajo-guṇa who like to enjoy; and kulaṭā, women mainly influenced by tamo-guṇa who go from one man to another.

Women do not form a single standardized group. Therefore, to apply a particular claim upon all women as a homogeneous group is a major misapplication that carries with it far reaching consequences, both socially and spiritually. It is important to understand verses within the context and the intention of the writer. Otherwise, they are bound to be misunderstood.

By explaining Cāṇakya’s verses, taking into consideration the goal of this great visionary and expert on polity, we can become aware of his profound wisdom.

In Cāṇakya-Nīti-Śāstra, there is a description of a woman who embraces one man, looks at another, and thinks of still another. Without reading the commentary, the reader will more than likely conclude the nature of every woman is being described. They will feel it is an unfounded and unjust criticism or use it to put down all women as being of such a character.

However, Cāṇakya’s intention was quite different. It was to warn kings not to associate with immoral women (kulaṭā), for they are the ones who could be spies and find out the secrets of the state administration, causing the downfall of the king and the whole kingdom.

“Untruthfulness, rashness (starting a work without giving it any thought), cleverness, stupidity, greed, impurity, and cruelty are a woman’s seven natural flaws.” “What is man’s greatest fascination? It is a woman. She is the hub around which his mind revolves. A man is powerfully influenced by her captivating, coquettish ways. She soon succeeds in confining him to a prison of passion and irrational behavior.”

Such are the qualities of kulaṭā, women who are expert in utilizing men’s weakness for feminine allure, which can easily be turned into a fatal attraction. Cāṇakya is warning the kings against such women who have the power to disrupt their state government. Cāṇakya says that man’s greatest fascination is women. He knows men’s weakness and warns them about it.

“Fire, water, women, a fool, a snake, and the royal family – beware of all these. They can prove fatal.”

“Sagacious people never act upon a woman’s advice, for women are the cause of all disputes. They are also responsible for instigating all felonious wars and sinful deeds. This is why saintly people refrain from even viewing the reflection of a woman.”

“It is ruinous to be too familiar with the king, fire, the guru, and a woman. To be altogether indifferent to them is to be deprived of the opportunity to benefit ourselves. Hence, our association with them must be from a safe distance.”

This verse clearly says that kings, fire, gurus, and women are valuable, but we need to be aware of their power as well. Besides their beneficial qualities, kings have the power to punish, fire can kill, gurus can curse, and women can destroy their intimate ones who have disclosed their secrets to them.

“The eating of tundi fruit deprives a man of his sense, while the vacha root administered revives his reasoning immediately. A woman at once robs a man of his vigor, while milk at once restores it.”

All these verses describe kulaṭā, women under the sway of tamo-guna who go from one man to another. When a verse describes the behavior of kulaṭā, those not well versed in Śāstra will think it is describing all women. Therefore, it is important to understand the context of the original text.

There are also verses by Cāṇakya defining the characteristics of excellent women. This shows that his opinion about women is not biased. He defines a good woman as one who is pious, expert in household chores, true, and faithful to her husband.

“Only a chaste, intelligent, virtuous, and endearing woman, who remains faithful to her husband, truly deserves his patronage. Such a wife is a godsend to any man. Blessed is the man who has found such a woman to be his wife.” Elsewhere he says, “A good wife is one who serves her husband in the morning like a mother, loves him during the day like a sister, and pleases him at night like a courtesan.”

Another verse by Cāṇakya that is often misunderstood, says, “Women have hunger two-fold, intelligence four-fold, endurance six-fold, and desires eight-fold as compared to men.” Even though this verse is usually quoted to disparage the nature of woman as lustful, Cāṇakya’s intention is actually to praise the nature of women. Women carry the responsibility of nurturing the family unit and thus, by extension, society as a whole. This obviously requires more material facilities.

The meaning becomes clear when we understand the author’s intention. Extra facilities are afforded to women to honor and facilitate the special duties she bears in caring for others. Women eat twice as much because pregnant women eat for two, not one. They have four times more intelligence (buddhi) because it is their intelligence and wisdom that cultivates the intelligence and moral character of children, family, and society. They also need intelligence to know of the dangers in this world and how to act in any given situation to protect themselves and their dependents.

They have six times more courage (sāhasam) because the inherent nature of women is to give of herself to others for their benefit, especially to her children. The last line of this verse states that women have eight times more desires (kāma). These desires are not just for herself but are also for the facilities she needs to provide for her dependents. Still, the last line is often misinterpreted to say that women have eight times more sexual lust. However, the word kāma here does not mean sexual lust but refers to general desires. Married women have more needs because they are responsible for taking care of more people, their family members, and the household.

Single women also need more facilities. While men can move around in the world and easily take care of themselves without concern over their safety, women have to take extra precautions against the ever-present dangers of being attacked, raped, and the other ways they can be exploited. They need extra facility for their protection and also to provide for themselves in a world where the material resources and earning capacity is controlled mostly by men.

A Hidden Message for Men

Scriptures instruct in different ways, sometimes directly, sometimes indirectly. If one doesn’t know the hermeneutics, one will misinterpret what the scriptures are actually saying. This misunderstanding will lead to an incorrect application of scripture, which is what is happening here.

Moreover, the scriptures do not directly reproach men for their innate weakness for women, but instead speak indirectly. Pointing out the characteristics of kulaṭā is an indirect way of reminding men of their strong attraction for women and the dangers this presents for their social, political and/or spiritual wellbeing. Men have a stronger sexual appetite and that creates the need for a stronger message.

Unfortunately, people today do not understand this esoteric approach of the Śāstra. This is obvious from the fact that these verses are being misinterpreted to denigrate women instead of revealing the lesson they contain for men. The intention is not to criticize women but to warn men.