Somatic delusion occurs when the central theme of the delusion involves bodily functions or sensations (American Psychiatric Association, DSM-V, p.90). This is the least common in the devotee community. I have not personally observed an example of it, because in Vedic spiritual societies, we are repeatedly told that we are not the bodies so we don’t pay much attention to its appearance. Yet this does not rule out that some devotees may have this type of delusion, where they feel that they have some specific disease such as worms in the stomach, and are obsessed by it. 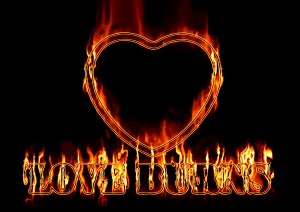 Jealous delusion is quite common among devotees, and occurs when “the central theme of the individual’s delusion is that his or her spouse or lover is unfaithful.” (American Psychiatric Association, DSM-V, p.90)

I have a good Indian friend in the suburbs of Boston who is a guru and the head of an ashram and temple there. He has many students, both male and female. He has been confiding in me about a problem he is facing with the leader of the ladies’ ashram, a young lady from Florida, who is in love with him. She treats him more like her lover than her guru. She is very jealous of any female disciple who comes close to the guru, especially if they want to do any personal service to him, such as doing his laundry. She makes sure that no one comes close to the guru and she tries to control his life. She always has doubts that the guru loves someone else, and she is always spying on him to make sure that he is not with anybody else. She even tried to check his computer and phone to see if he is sending messages or having phone calls with any other female. She always complains that the guru does not care for her and she feels abandoned, despite the time he gives her and the effort he puts in to counsel her. Rather, she complains that the guru gives attention to everybody else, particularly the lady disciples, and not her. She tries to give him a guilt trip by saying that she gave her whole life to him, that she is so dedicated and is doing so much for him, and that he owes it to her to give her the special love and attention she deserves.

My friend also talked about the stress she has caused in his life. She quarrels with any female disciple who tries to do any service to him and tries to alienate them. She either complains to the guru about such a disciple, or tries to take the seva away from the other disciple and does it herself, or tries to make that person look bad in the eyes of the guru. I feel very bad for my friend because she has caused him much anxiety and stress over the years. I urged my friend to try to talk to her honestly about her problem. He replied that he had multiple such conversations with her in the past. He explained to her about her jealousy and that she needed to get help; but she refused to take his suggestions. Whenever he tried to point out that she was jealous of other disciples, she refused to accept it and instead would blame the guru for unnecessarily criticizing her, and would try to convince him that he was wrong in his thinking. 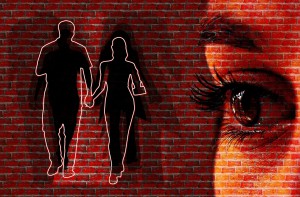 My friend is concerned that stressing her jealousy issues too much might make her mind more unstable. In her view, the real problem is the fact that other disciples are jealous of her because of her significant position in the ashram. She has tried to prove how a particular female disciple behaves in a superficially friendly manner while harboring jealous thoughts towards her. Being one of the senior disciples, she is engaged in important service, which grants her some power. In this position, she undermines, disregards, and actively tries to take away the service of other disciples. Her real intention is not to do service, but to control and to make sure that no one supersedes her, because if they did, they could catch the attention of her putative lover.

I have tried to give advice to my friend, but truly speaking, nothing has worked. My first advice was to educate the lady disciple on philosophy. My hope was that she would realize her mistake through education; such behavior is a big block in a disciple’s advancement irrespective of how dedicated the disciple is in service. Jealousy is a big obstacle especially on the path of bhakti. One can even become offensive to other devotees. Although my friend tried numerous times, it did not have any visible effect. It took him years of preaching to make her understand her problem. But, even after knowing about her problem, she continues to think that it is a minor issue and that there is no need to do anything about it. She tries to educate the guru about women’s nature, saying that they are different, that it is common for women to be jealous, and that there is nothing really abnormal about her.

When the mind is in deep delusion, simply preaching philosophy does not work. We have shown this in previous examples. The very definition of a delusional mind is that such a person cannot understand any advice given against their delusion. I advised my friend to get her to take psychiatric help because she was hurting him and many of his other disciples. This also did not work because she did not feel there was any need to take any psychiatric help and she denied that she is causing any trouble to anybody. Rather, she sees herself as a facilitator in others’ service. Being a senior disciple, she does have more experience than others and does help them sometimes; but she cannot see how she hurts them. She has also argued that a devotee does not need any psychiatric help because devotion is a panacea for all problems.

Joshika’s comment: Jealousy Delusional Disorder is a pathological disorder that is sometimes referred to as “morbid jealousy” because the person can become violent to their lover or imagined rival (American Psychiatric Association, DSM V). Morbid jealousy occurs when a person is preoccupied with the unfounded thought that their spouse or lover is being unfaithful; such a person also exhibits socially unacceptable or abnormal behavior related to these thoughts. Some symptoms of Delusional Jealousy include:

A person in jealous delusion is at the material level of existence, obsessed with possessing their lover’s body and mind. Consequently, the person demands a lot of the guru’s undivided attention and time. They are stuck at this platform and are not able to progress spiritually. In the case of jealous delusion, it is very difficult because it is related to one’s lack of strong identity.

The best approach toward someone in jealous delusion is to be kind to him or her because they are stuck and are suffering a lot. It is not advisable to tell them directly that they are in a jealous delusion as they will become defensive, angry, and possibly even become violent. They won’t be able to see at all what you are saying, so it will only make them hostile. And if they are in a position of power as was the woman in this story, then they can make your life hell. So if you know someone in jealous delusion, try to see what you can learn about yourself, instead of how you can get them to change in order for your mind to become peaceful. It is better to see what they trigger within you. For example, in this story, the female disciples whose access to their guru was blocked could introspect. They could ask themselves questions like: Is it really the quantity of time that I spend with my guru that makes the difference or the quality of time? How can I use this time apart from my guru to develop an internal connection with him? How can I be compassionate toward the disciple in jealous delusion, now that I understand her mental state and inability to progress spiritually?

From the spiritual point of view, every conditioned being is under the influence of māyā. Therefore, everyone has some sort of delusion about reality. As Krishna says in Bhagavad Gita, “The living beings, however, are deluded due to the fact that their discernment is covered by ignorance.” (Gita, 5.15). Only when one takes complete shelter of Krishna can one become free of delusion. “This divine external potency of mine, constituted of three guṇas, is indeed very difficult to surmount. Yet, those who take refuge in Me alone cross over this māyā.” (Gita, 7.14).

It is seen that everyone in the material world has some concept or belief about life, reality, etc. Such a belief is based upon one’s upbringing. If such upbringing is not rooted in scriptural knowledge, it is rooted in ignorance and therefore can be classified as delusion. Therefore, everybody has some misconception about life unless one has taken shelter of Krishna. However, people who are not deluded beyond a certain limit can continue to function in society; their delusion would not be considered as some kind of mental disease. But, if the delusion goes beyond a certain limit, then the person may not be able to function in the so-called normal society either completely or in a particular area. From the spiritual point of view, we can conceive of a delusion meter of sorts, ranging from zero to ten. We can think of a self-realized person as being at the level of zero delusion and think of one who is completely dysfunctional as at the level of 10. The remaining humanity may have a different level of delusion ranging from 1-9. If somebody’s delusion is between 1- 5, then it may not be considered as a disease. But if it is beyond 5, it may be categorized as mental sickness. The examples given in this series of articles fall into the second category (5-10) because a normal person will find it difficult to deal with such people.