Home  |  Tolerance – The Catalyst for Love and Unity

Tolerance – The Catalyst for Love and Unity

June 18, 2011Articles by Satyanarayana DasaComments Off on Tolerance – The Catalyst for Love and Unity

by Satyanarayana Dasa: Long ago, Japan was ruled by King Yamato. He had a minister whose name was Ocho San. Ocho San had a big joint family that was famous for its cordiality and the love among its members. The family had more than a hundred members but they lived together peacefully and had a common kitchen. There was no quarrel among the family members. Anybody who visited the family was received cordially and left impressed by the service and reception by the family members.

Long ago, Japan was ruled by King Yamato. He had a minister whose name was Ocho San. Ocho San had a big joint family that was famous for its cordiality and the love among its members. The family had more than a hundred members but they lived together peacefully and had a common kitchen. There was no quarrel among the family members. Anybody who visited the family was received cordially and left impressed by the service and reception by the family members.

The news of this unique and wonderful family spread all over Japan. Even the king heard about it and became very curious to find the secret of the unity among Ocho San’s family. By now, Ocho San was very old and had retired. The king decided to visit the famous family himself and thus one day reached the Ocho San’s house unannounced. Ocho San was surprised to see the king outside his door. He received the king with great honor. When the formalities were over the king said, “My dear minister I have heard many stories about your huge family and I am very eager to know the secret behind the unity of your family. In my family we are only five members and yet there is often some quarrel among us. How is that you have such a large family and yet you do not quarrel among yourselves? Would you kindly tell me the secret behind this wonderful family?”

The minister was very old and weak. He was not able to talk further and he motioned his grandson to bring a pen and paper. When he got the paper and pen he began writing with his trembling hands. He wrote about hundred words and handed over the paper to the king. The king was eagerly waiting and as soon as he got the paper, he was surprised that there was only one word written repeatedly. The word was ‘tolerance’.

Seeing the king looking at him surprisingly, the minister said, “Majesty, this one word contains the secret of my family’s unity. This is the only thread that keeps us bound together.” The king thanked the minister and left in a pleasant mood. 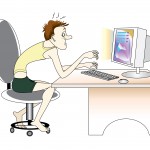 This story is in contrast to the modern story of a nuclear family. Today, as soon as children hit the age of 18, they want to live separately because they cannot enjoy their lives while living with their parents. Parents also prefer that their children go away once they are adults so that they are not an obstacle in their own enjoyment. But when people live in nuclear families or live alone, they face another problem – that of loneliness. They look for alternatives to avoid loneliness such as partying late nights, going on picnics, remaining glued to Facebook for hours. But all this does not make the heart peaceful and satisfied for very long.

Indian scriptures advise to respect parents as god. To a modern mind, this sounds like a joke and a primitive idea. But there is deeper psychological connotation behind this Vedic advice. If we cannot respect our parents, we will truly not respect anybody. Then where is the question of tolerance? Previously, children took care of parents during the latter’s old age. It was such a nice atmosphere. The parents gave best advice and blessings to their 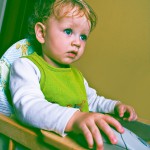 children. They also took care of the grandchildren. Now parents are sent to old-age homes where they suffer from loneliness and lack of love and affection. They are treated like machines by the nurses or attendants. On the other hand, young couples who have their own kids need to keep maids to look after the little ones. Maids obviously have no love for the kids and do their chores mechanically. So, the parents in old-age homes and the kids in their homes both starve for love and affection. If the parents remained in the home they would lovingly look after the kids, i.e., their grandchildren and the whole family would be soaked in a loving atmosphere. Moreover, it will take away a big financial burden from the state as well as the family. But because we are not tolerant and want to enjoy without our family members, we go through all kinds of troubles.

The need of living beings is to love and be loved. But love needs some qualifications. Love is the most cherished object in our life yet we never stop to think if I need some qualification for it. Tolerance is one such qualification. In fact, when love is there, tolerance is natural. A mother tolerates all the disturbance and discomfort created by her baby because she is full of love for the baby. But if love is not there, we need to practice tolerance.

Tolerance is a rare attribute in the modern society. People freak out at a little provocation or discomfort. Recently, a mother (may be I should use some other word for her) killed her own baby because she was crying and creating a disturbance for the woman who was busy playing a game on Facebook. In Sanskrit, there is a saying – Putrah kuputro jayet mata kumata na bhavati, which means  “a son may turn out to be a bad son, but a mother is never a bad mother.” This saying has been proven wrong by our modern-day mothers. This may be an extreme example of intolerance, but it is not an isolated incident. There have been many cases of students shooting recklessly at their fellow students in the school because of intolerance. Road rage is a common word now.

In earlier days, tolerance was considered as an attribute; now it is considered as a disqualification and a sign of cowardliness. I do not imply that we should tolerate injustice. But we should tolerate the presence and behavior of our family members and colleagues. Everybody cannot behave according to our wish and we should not feel disturbed by that unless their behavior is harmful to the family, company, or society.

Tolerance is possible when people have a common goal. If everyone is self-centered, as is the case at present, then tolerance and family unity is only a phantasmagoria. Family unity, as in the case of Ocho San, is possible only if the family has one goal. One goal does not mean that individual members would get no chance to develop their personality and remain a no-entity. Rather, it will bring fulfillment to each. This is an art which can be learned from Vedic scriptures.