Home  |  Shastric References for the Proper Use of Tulasi?

Shastric References for the Proper Use of Tulasi? 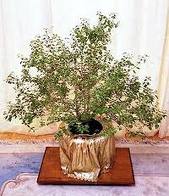 Question: Can Tulasi also be used for consumption, in food and beverages?

Answer: Vaisnavas do not use Tulasi plant or leaves as food or beverage. They use it for worship and take it as prasada.

Question: Are there any shastric references?

Answer: I have not come across any shastric reference prohibiting to use Tulasi leaves for food or beverage. All references are about the glory of Tulasi. Some things are just known from sadacara, the behavior of sadhus.

Question: I personally do accept Vaisnava siddhanta regarding Tulsi, but I need to prove to someone my claim that Vaisnavas don’t use Tulsi for other purpose than worship Her and offer Her to the Lord. Otherwise, as “my opponent” claims, I’m just following blind Vaisnava tradition, and being a superstitious. Any news on this, please, let me know, thanks.

Answer: I already said that some things are known from sadacara – the behavior of sadhus.   There is a popular saying in Sanskrit: samayascapi sadhunam pramanam vedvat bhavet – the conduct of sadhus is also pramana like the Veda. In this regard, Manu Smriti 2.6. says:

“The entire Veda is the foundation of dharma, and also the smritis which are propagated by the knower of the Vedas. The conduct of sadhus and also one’s own satisfaction is the pramana.”

You can call it blind faith if you so like it. But in out Vedic culture sadacara is also one pramana, as Krsna also says in Gita 3.21:

Tulasi is so much glorified in sastra and we worship Tulasi. So the natural conclusion is that Tulasi is not for our service, but that we are meant for the service of Tulasi. A Vaisnava is dasanudasa – a servant of the servant. So we are servant of Tulasi and not her enjoyers. And this is also seen in the behavior of saintly people. So what is the blind faith in it. You do not enjoy something that you honor, respect and worship. I hope your opponent can accept this much. 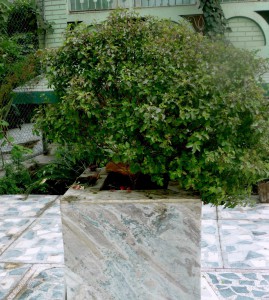