Home  |  The Necessity of Self-Discipline

The Necessity of Self-Discipline

October 9, 2011Articles by Satyanarayana DasaComments Off on The Necessity of Self-Discipline 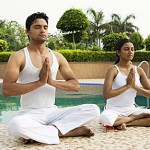 Yoga has often been wrongly construed as a collection of Asanas or postures, but it is really a system of self-discipline. Asanas and pranayamas (breathing exercises) constitute only a small part of the vastness of Yoga. The various types of Yoga systems, all of which originated in India thousands of years ago, include Karma Yoga (yoga through action), Raja or Ashtanga Yoga (yoga through physical and mental austerity), Jnana Yoga (yoga through knowledge), and Bhakti Yoga (yoga through devotion).

Out of these, Raja or Ashtanga Yoga is the most commonly known.  It has eight Angas (limbs) that are a progressive series of steps or disciplines to purify the body and mind, ultimately leading the person to enlightenment. The first two limbs, yama (restraints) and yiyama (observances), are common to all disciplines of Yoga. The other six limbs are asana (postures), pranayama (breath control), pratyahara (control of senses), dharana (concentration), dhyana (meditation) and samadhi (trance).

The yamas (restraints) are five moral injunctions, aimed at destroying the lowly nature. They should all be practiced in word, thought and deed.

The niyamas (observances) are five moral injunctions that complete the ethical precepts started with the yamas.

Yoga in a Conducive Environment 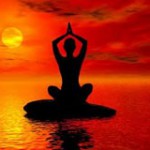 Discipline is of two types—internal and external. Internal discipline is at the individual level; it is the set of regimens that is followed by individuals and is not dependent on their dealings or situations in society. External discipline is at the social level.  It does not allow individuals to be free to do whatever they like, but requires them to follow social norms, state laws and the work ethics.   In former times, various types of yogis practiced their disciplines with the support of the social, political and economic environments.  The whole of Indian society, including its educational system, was geared toward attaining the goals of Yoga.

According to the Bhagavad Gita, the perfection of one’s actions culminates in Yoga—yogah karmsu kaushalam. Lord Krishna goes to the extent of saying that a person not engaged in Yoga is not intelligent (nasti buddhirayuktasya). The speaker of Srimad Bhagavada Purana, one of the most popular scriptures of India, very explicitly declares that the purpose of human life is to inquire into the ultimate reality and not just to work full time for money. He also adds that money is not meant for squandering on sense gratification. Rather, it should be used for self-realization. One should not harbor desires and amass objects only for sense pleasure. No wonder that the various yogic disciplines attained their ultimate heights on Indian soil and produced masters in their fields.

Yoga in an Unfavorable Milieu

The present social, political and economic systems are not designed to support yogic systems. Rather, they are anathema to them, especially in the West. In India the old culture is not yet altogether dead, although, concerted efforts have been made during the past few centuries to strangle it! In the West, one feels a sharp contrast between the individual Yogic discipline and society at large. This creates a dichotomy in the life of the yogic practitioner, who is sandwiched between the two contradictory systems.

At home, the atmosphere is geared toward spiritual practice and the yogic practitioner is at peace. But one cannot remain confined within the boundaries of the home. Upon stepping out of the home, she or he is faced with a world based on artificiality and consumerism. The senses are bombarded with various stimuli to distract the mind from the path of Yoga.  Moreover, she or he must deal with co-workers, superiors and inferiors, who may have no interest in spirituality whatsoever. The yogic practitioner is eventually forced to wear a mask to socialize with them.

This is a frustrating experience for adults, and even more so for children. Yogic practitioners naturally love to inculcate their convictions into their offspring. The children, however, may not have the same faith and understanding as their parents. At school they have classmates, friends and teachers who may have no knowledge or interest in the practice and principles of Yoga. Their habits and behavior may be opposed to the yogic discipline. These children find it quite frustrating to switch roles from spiritualist at home to a materialistic person. What they hear from their parents gets contradicted in school or in association with friends. They become confused and have a hard time deciding what proper behavior is.

Their children’s behavior, on the other hand, may be frustrating to the parents, too, as it does not match their expectations.

Practitioners should remain consistent with their yoga practices and not lose hope and feel frustrated. Impediments from the environment are only external. The real obstacles reside in the mind. If one can have a stable mind, all other problems can be tackled. Even in India, the birthplace of Yoga, spirituality is not a bed of roses.

Every place or situation has its advantages and disadvantages. Obstacles either mar one’s progress or can be stepping stones to the summit of success. Instead of feeling morose in an unfavorable condition, accept it as challenge and become stronger and wiser.  Just as one develops muscles by walking uphill or swimming against the current, one can become internally strong by facing external disharmony. 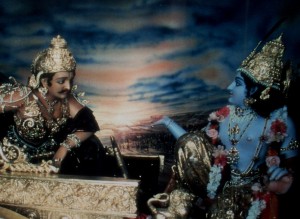 In the great epic Mahabharata, Srimati Kunti, Arjuna’s mother prays to Lord Krishna and asks Him to send obstacles and calamities her way. (Arjuna is one of the central characters of Bhagavad Gita to whom Lord Krishna sermonizes.) You might wonder why anyone would want more troubles, but she has spiritual wisdom. When everything is going favorably, our tendency is to be callous and lethargic mentally—we become complacent with our achievements. Srimati Kunti wants to remain alert and aware.

Here are a few things that you can do to maintain your self-discipline in Yoga and spirituality.

Today, millions of people have taken to the path of Yoga and spirituality, but many of them find it difficult to remain firm on it and eventually deviate from the most important aspect of human development.  If you are one of them, re-dedicate yourself to yogic principles and, applying self-discipline, you will be able to lead a physically fit, mentally equipoised and spiritually blissful life.