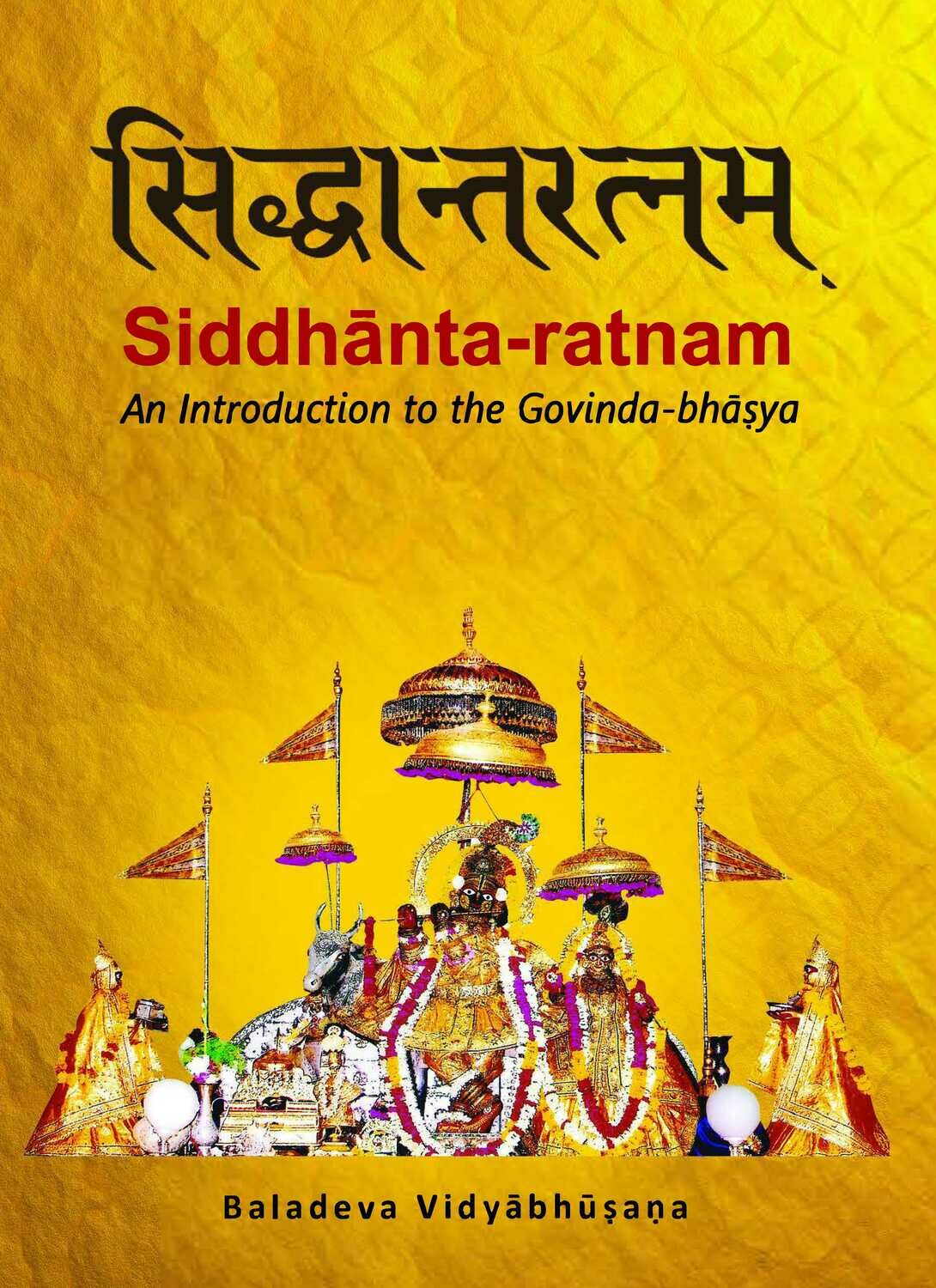 Written by Sri Baladeva Vidyabhusana as an introductory treatise to the Govinda-bhasya, this work is named Siddhanta-ratnam because it is replete with jewel-like (ratna) philosophical conclusions (siddhanta), and Govinda-bhasya-pithaka because it is like a throne (pithaka) upon which to place the Govinda-bhasya. In other words, it gives an extensive basis to enable the readers to have a sound understanding of the philosophical arguments presented in the Govinda-bhasya. The Siddhanta-ratnam is a comprehensive exposition of Gaudiya theology and philosophy, matched only by the Sandarbhas of Srila Jiva Gosvami. Quoting extensively from the sruti, smrti, and aptly referring to the six orthodox systems of Indian philosophy, the works of the Gaudiya Acharyas, Madhvacarya, and other Vaisnavas, Vidyabhusana presents a lucid exposition of the Gaudiya thought and mode of worship. Also remarkable are three chapters fully dedicated to the refutation of Māyāvāda and various other brands of monism, an unparalleled accomplishment among Gaudiya writers.

This critical edition has been prepared by consulting a total of 31 different manuscripts collected from all over India, including all published editions. This is possibly the most extensive critical edition ever done on a Gaudiya work, and in this way it was possible to rid the text of countless wrong readings and all the interpolations seen in the previously printed editions.

1. The original Sanskrit text in Devanagari.

2. The original Sanskrit commentary by Vedantavagisa.

3. A summary by Bhaktivinoda Thakura (translated into English).

4. An English translation of the original text and commentary.

5. Hundreds of footnotes glossing technical terms and elucidating some of the arguments.