Questions and Answers with Babaji: Question: I remember you explaining how two cells fuse to form an embryo regarding the soul and the karma. Cells are produced in our body all the time. When a cell divides to undergo mitosis, where does the extra soul(s) come from? How does it happen? 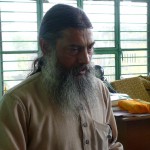 Question: I remember you explaining how two cells fuse to form an embryo regarding the soul and the karma.  Cells are produced in our body all the time. When a cell divides to undergo mitosis, where does the extra soul(s) come from? How does it happen?

Answer: Souls are everywhere. They are not only inside a cell but also outside. In Gita (2.24) Krsna says that souls are sarva-gatah, they exist everywhere. This is mind boggling but true. So when a cell divides another soul enters it.

Question: Does every disciple of a good teacher become a guru?

Answer: No, not every good disciple has to become a guru. But if one wants to take that role in the future he or she has to be with the guru and study and become equipped with proper knowledge and realization. It doesn’t mean that every disciple has to become a guru, but one who does must undergo proper training. Even if someone is realized and a pure devotee it doesn’t mean the person is qualified to be a guru. For that shastra needs to be studied properly. A person who is not expert in shastra cannot guide the student.

Question: Who is the Guru today for mankind to take a man to a right path?

Answer: Who is a guru? This is a million dollar question. It is very difficult, almost impossible for a normal person to recognize a guru. It is said that it takes one to know one. A common person has no ability to discriminate between bonafide and non-bonafide guru. Still there is some guideline. First of all guru must have guru i.e. he/she must come in a bonfide parampara or disciplic succession. Secondly he/she must have knowledge of shastra. Thirdly he/she must be of good character. Fourthly he/she must be realized (which is difficult to judge).

Answer: Yes it is a big game of karma going on. Unless one gets some spiritual insight, sadhu association,  one floats or drowns in the waves of karma.

Question: Those sense inputs are stored in the chitta as samskaras which determine reactions to the inputs. Is imagination and inspiration simply another reaction? And if so, does this simply make inspiration a product of karma?

Answer: Yes this is all products of karma. There is a lot stored within the chitta. Chitta is part of Mahat and sometimes some people may get a little extra light from Mahat. But it happens because of karma and desires.

Question: Regarding SB 3.29.13 salokya sarsti sampiya – the verse ends with vina mat sevanam janah. Does that mean that there is a possibility of getting the five types of mukti also without seva? If so, what is one doing the whole day in Vaikuntha, without seva? I thought seva was the only way to attain Vaikuntha.

Answer: The meaning is that a pure devotee does not want to have mukti but only seva. But for seva one or more of the four types of muktis may be necessary, and so a pure devotee accepts it. But there may be other types of devotees e.g. those who want salokya mukti [liberation by attaining the same planet as the Lord] and do bhakti for that purpose. The Sri Sampradaya is an example of this. Their goal is mukti through bhakti. Lord Chaitanya said bhakti is above mukti. Before him most bhaktas had mukti as their goal. What do they do in Vaikuntha? Of course bhakti. They are not averse to bhakti, they practiced bhakti on earth to achieve mukti. But their predominant desire was to have salokya, etc. 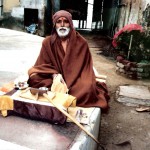