Home  |  Protection of the Dhāma and Dharma

Protection of the Dhāma and Dharma

Question: I have read and heard that Lord Śiva always protects the holy dhāma where Lord Kṛṣṇa has performed His pastime. What sort of protection would that be? If Lord Śiva protects the dhāma, then how do we understand when dhāma gets attacked by aggressors?

Answer: You may have read that in Vaikuṇṭha, Lord Viṣṇu has gatekeepers for protection. From whom do they protect? No non-devotee can enter Vaikuṇṭha and there is no need of protection from devotees. The same applies to the dhāma because non-devotees cannot approach the dhāma. It is just a protocol, just as when a king moves, he has many bodyguards and associates around him even though there may be no danger. You write that the dhāma gets attacked by aggressors. Which aggressors do you have in mind? Even when an aggressor breaks the deity of Kṛṣṇa, it does not mean that he has killed Him, because for such a person, the deity is not Kṛṣṇa. They mostly don’t even believe that God has a form and therefore they break the deity. What they are breaking is a piece of stone and not the deity. You may ask then why devotees protect the deity when an aggressor attacks? Because a devotee does not consider the deity to be a piece of stone, for him He is Kṛṣṇa who manifested to accept service and protection from His devotee and just give him a chance to serve. Therefore just as the deity is simultaneously also a piece of stone, in the same way for aggressors, the dhāma manifests as a material place and they can only attack that material manifestation. The real dhāma is unapproachable to them because it is beyond prakṛti. Nothing material, object or person can contact the dhāma.

Question: Do our ācāyras ever mention the importance of protecting the integrity of Vedic culture; protecting the borders (whatever was defined at that time) from external aggression?

Answer: As you know, Kṛṣṇa Himself says in Bhagavad Gīta that He comes to establish dharma. It is also seen from His personal life that He worked very hard for the establishment and propagation of dharma. Then it naturally follows that devotees of Krishna who take pleasure in serving and pleasing Him would take a natural interest in protecting dharma. As far as protecting the borders is concerned, that is not within the purview or means of a devotee because that is the responsibility of the State government. One should not unnecessarily engage in an enterprise which is beyond one’s means and capability. This will only bring frustration and may become a blockage in one’s advancement.

Question: We see and read how people of Bharata themselves are axing their own feet expertly? Should we keep ourselves aloof from such news/incidents and be concerned with our own self and our own kind?

Answer: There is no harm in having knowledge and a genuine concern for protecting dharma, but this should not become the source of disturbance to our mind. Otherwise, forget about protecting dharma, we will not even be able to protect ourselves.

Question: Is saying, “We can’t do anything. It’s the karma of the people to suffer, they are complacent and they have brought such unfortunate situation upon themselves,” an appropriate response and answer to the mind’s constant argument and concern?

Answer: No, this is not the appropriate response. The appropriate response is that one should not be disturbed about things which are beyond one’s control, which is the advice that Kṛṣṇa gives in Bhagavad Gīta, where He repeatedly instructs Arjuna to maintain equanimity of mind under all circumstances. A disturbed mind cannot achieve anything beneficial. 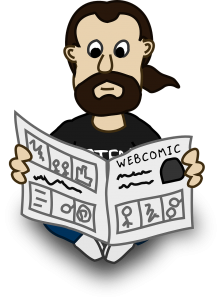 Question: For devotees, there is a recommendation to refrain from reading mundane literature like novels, newspapers, movies, etc. What is your opinion on this?

Answer: It depends on the level of advancement of the devotee and purpose behind reading such news or literature. The reason behind this restriction is not to pollute one’s mind by mundane news or literature because that does not serve the purpose of achieving pure devotion. However, if it is helpful in one’s service, such as in preaching, where one may need to be updated on the current affairs or it relates to management where also knowledge of current of social and political affairs may be necessary. Then such a restriction does not apply. Still one should not waste too much time in reading such literature or listening to the news. Moreover, one has to introspect one’s own mind, to see whether one is relishing such literature. If that is the case, it is not very healthy because it may become an obstacle to one’s devotion.