By Satyanarayana Dasa: There are many functions in our bodies, such as the beating of the heart, breathing and digestion of food, which happen involuntarily and are fundamental to survival. All these functions consume energy which needs to be replenished …

There are many functions in our bodies, such as the beating of the heart, breathing and digestion of food, which happen involuntarily and are fundamental to survival. All these functions consume energy which needs to be replenished from the outside environment by ingesting food, water and air. To survive, the body sends signals to the brain, which manifest in the form of desires in the mind.  The desires—hunger, thirst, sleepiness, etc.—then prompt us to take action to satisfy the desires.

The number of desires at a particular moment is much more than what we can satisfy by our actions. Some desires may be even beyond our means.  From the moment we begin our day until we retire into bed, we are constantly faced with the formidable task of making choices about which desire to act upon. The choices we make are sometimes influenced by the instant gratification we will derive from them and, at other times, by a sense of responsibility. For many needs, however, we just follow a routine process.  We don’t always have to think, “I am hungry,” because at a certain time of day, usually based on local custom, we just eat, because it is noon or “dinnertime.”

Distinction between Need and Greed

Need is a threshold concept because having more or less than one needs harms one’s survival. For example, a person needs a certain amount of water, food or shelter to lead his life and maintain social relations.

The danger comes when one lacks the discipline to rein in one‘s mind and falls prey to the instant gratification of the senses and mind. The mind conjures up all sorts of brilliant rationale and justifications for that moment’s indulgence. For example, one might think, “I’ll appear rude if I don’t take this dessert my host is offering me,”  even though the need to satisfy hunger has been fulfilled.

The need of a person is something which depends on her or his actual material, mental, physical and social condition. It also depends upon the available objects which are perceived as possessing the capacities to meet these needs. Whether a person prefers one object over another, depends upon the nature of the person’s beliefs about the objects.

A preference is not a threshold concept. While a need is specific and does not have a substitute, a preference may have several possible substitutes. Preferences can be artificial and superfluous. Often they are market-governed and market-determined. We learn about them from others, especially from advertisements. 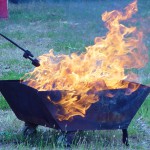 Desires can be natural or unnatural. A natural desire is fulfilled the moment you get what you want. If you are thirsty, your desire is satisfied by drinking water, either bottled or from a tap. This is termed as need. But if one has a desire for, say wealth or power, it is not satiated no matter how much of it you get. This is unnatural and called greed. Thus the basic difference between need and greed is that a need is satisfied when one gets the object of need; greed, however, remains unfulfilled and rather increases, just as fire blazes by pouring fuel into it.

Most of the decisions we make have fairly short-term implications with stakes that are not very high. An extra bite of cake may add some weight or harden the arteries a bit, but it may just accelerate the inevitable. (Perhaps, that extra weight could pass off as testimony to a life well lived, especially in India where 40 percent of the population is malnourished and people respect obesity.) But choices with long-term implications should be weighed thoughtfully to ensure that greed is not driving the action.

Suta Gosvami, a great teacher of India, provided clarity on defining needs, summing it up in one sentence: “The material objects are not meant for sense pleasure but to be accepted only as much as are needed for one’s survival” (Bhagavata Purana 1.2.10). This will keep one’s life and society at large peaceful.