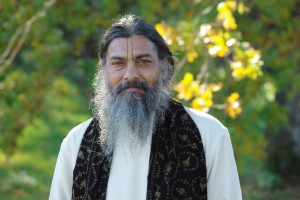 The Jiva Institute of Vedic Studies is pleased to introduce live channel called “JivaLIVE” offering hundreds of Dr. Satyanarayana Dasa’s video lectures on the Srimad Bhagavata Purana, commonly referred to as Bhagavatam. In this extensive philosophical discourse, Satyanarayana Dasa utilizes the major traditional commentaries to illuminate every verse of the 18,000 verse masterpiece. Nearly four of the Bhagavatam’s twelve books have been recorded at the Jiva Institute, and the remainder will be taught by Satyanaranana Dasa over the next decade in his daily class from October – April. The depth of this study of the Srimad Bhagavata Purana is reminiscent of the traditional approach which has become otherwise extinct in present times. The importance of this verse by verse analysis is especially noteworthy considering the position this sacred scripture holds in Indian philosophy and culture.

The stories of the Bhagavatam, specifically those of Krishna in Vraja, have had profound influence on Hindu culture over the last millennium. Besides the depictions of the Ramayana, no other pastimes have inspired such popularity in Hindu literature, drama, poetry, music, dance, painting, sculpture, and iconography. JivaLIVE Channel is free to watch and now available 24 x 7 on all major platforms.

More information about Jiva Arts and download of the TV player here.