March 18, 2012Articles by Satyanarayana DasaComments Off on Feeling Guilt

By Satyanarayana Dasa: Guilt is an emotion which most of us have felt at various times in our lives. It is amazing how quickly guilt can kick in for the smallest, most meaningless things. It can be draining and depressing and can rob us of our mental peace and energy …

Guilt is an emotion which most of us have felt at various times in our lives. It is amazing how quickly guilt can kick in for the smallest, most meaningless things. It can be draining and depressing and can rob us of our mental peace and energy. To overcome guilt and get rid of it, we need to clearly understand why we feel guilty.

Why We Feel Guilt 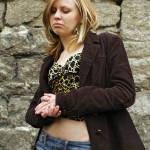 Guilt is felt whenever we think we should have done something but failed to do it or should have refrained from doing something but ended up doing it. Guilt is attached to judgment. It is a hidden cultural imperative, related to fear of punishment from some authority, society or God. The imagined punishment could be corporeal or mental.  If we stick to the ideals set up in our minds and perform our duties accordingly, there is no guilt.  Any discrepancy between the concept of our ideals and our actions gives rise to the feeling of guilt, making us feel miserable and depressed.

The starting point of all guilt is in the mind. Guilt is an emotional warning sign that most people learn through their normal childhood social development. We learn it from parents, teachers and society. Its purpose is to let us know when we have done something wrong, to help us develop a better sense of our behavior and how it affects ourselves and others. It prompts us to re-examine our behavior, so that we do not end up making the same mistake twice. But more often, this purpose is not achieved. Rather we end up in frustration, grief and depression. It robs us of our vigor, vitality, health and peace of mind. Although guilt has a good purpose, if it is based upon irrational morals or standards, or if our judgment about our actions or failure to act is skewed, then it may lead to an irrational feeling of guilt.

Getting Rid of Guilt

To get rid of guilt, we need to have the proper concept of right and wrong, good and bad, moral and immoral. But many of these concepts are not absolute. What is good or moral at a certain time or place may be bad or immoral at another time or place. What is a good action for one may be a crime for another. For example, if a civilian shoots another man, he will be prosecuted, but if a policeman shoots at a murderer and protects the lives of others, he will be praised and rewarded.  There are many stories in the scriptures to illustrate this fact. Therefore, it is important to discriminate between proper and improper causes of guilt.

When you feel guilty, try to analyze the cause and see if the action/inaction was harmful to others or to yourself. Be skeptical about the guilt feeling – is it trying to teach you something rational and helpful about your behavior, or is it just an emotional, irrational response to a situation? The answer to that question will be the first step to helping you better cope with guilt in the future. Arjuna in the first chapter of Gita feels guilty about his decision to fight against his own kinsmen and becomes despondent. Krsna, however, shows that his guilt feeling is inappropriate. He argues from various angles – personal, social, and spiritual — to disprove Arjuna’s guilt feelings.

In Sanskrit, guilt is called a dosa which means that which pollutes the mind.  It is explicit in the first chapter of the Gita that guilt had polluted Arjuna’s mind and made him so weak that he became impotent, physically as well as mentally.

The purpose of atonement and confession in Hindu scriptures is to get rid of the guilt feeling so that one can engage in execution of one’s duty whole heartedly. Atonement is called prayaschitta, which literally means ”that which purifies the mind.” (Even the English word seems to mean ”to be one with oneself” (at-one-ment)). This is also one of the purposes behind scriptural statements which say that by taking bath in a holy river like Ganga, one becomes free of all sins. Confession in Christianity serves the same purpose. It helps one get rid of the guilt feeling. The feeling of guilt itself is a sin. Krishna (Gita 2.2) calls it impure (kashmalm) and hellish (asvargyam). The worst thing one can do to oneself when one feels guilty is to do nothing or to abandon one’s duty, as Arjuna did in the first chapter of Gita.

Instead of becoming bogged down by guilt, one should learn from it. If the guilt is rational, then one should peep into one’s own heart and recognize the weakness, which led to the guilt, and then work to be stronger. Do not succumb to the weakness again (Gita 2.3). If you are feeling guilty of a wrong action, such as for eating five chocolate bars in a row, that is your conscience sending a message to you about a behavior you probably already recognize is a little extreme. Such behavior may be self-destructive and ultimately harmful to your health and well-being. So the rational purpose of this guilt is simply to try to convince you to change this behavior.

If we acknowledge the mistakes which led to our guilt, then we can go about correcting them. We should not procrastinate in improving our behavior. Healthy guilt is telling us that we need to be different and the sooner the better. Guilt feelings will return time and again unless we have learned our lesson. Like in school, we will not move to the next grade unless we pass the exam. It can be frustrating, but that is how life works. The sooner we “learn the lesson,” e.g., make amends or work to not engage in the same hurtful behavior in the future, the sooner the guilt will disappear. If successful, it will never return for that issue again. We have passed the exam, but to neither acknowledge nor accept our mistakes is foolish, as we have to carry the burden of guilt without any solution. It is like putting our car in neutral gear and pressing on the accelerator. It makes noise and pollutes the environment, but gets us nowhere. Unattended guilt brings only pollution to our lives and to those around us.

If you did something wrong or hurtful, acknowledge it mentally. You cannot change the past, but you can make amends for your behavior. Guilt is usually very circumstantial. That means we get into a situation, we do something inappropriate, and then we feel badly for a time.  If we recognize the problem behavior and take quick action, we will feel better about things and the guilt will be alleviated. Obsessing about it, however, and not taking any type of compensatory behavior (such as apologizing or changing one’s negative behavior), keeps the bad feelings going. Accept and acknowledge the inappropriate behavior, make your amends, and then move on.

Everything has a purpose. The purpose of guilt is not to make us feel bad just for the sake of it. The purpose of guilt is to get our attention so that we can learn something from the experience and become a better person. That is  healthy guilt. If I have accidentally said something insulting to another person, my guilt is telling me I should apologize to the person and think a little more before I speak.

And lastly remember that nobody is perfect. To err is human and to forgive divine.  So let us be divine also and forgive ourselves. Even those who appear to lead perfect, guilt-free lives may not be doing so. Striving for perfection in any part of our lives, except spiritual, is a recipe for failure, since it can never be attained. The only perfection possible is spiritual perfection.

We all make mistakes. Nothing is new or strange about that. Many of us go down a path in our lives that can make us feel guilty later on when we finally realize our mistake. The key, however, is to realize the mistake and accept that you are only human. Do not engage in days, weeks or months of self-blame or battering your self-esteem because you should have been an ideal person. You’re not, and neither am I. That is just life.