August 20, 2011Articles by Satyanarayana DasaComments Off on Goal-Setting in Spirituality

Once there was a young boy who had high ambitions in life. He did not know how to fulfill his dreams. One day, while on his way, he happened to overhear a great soul preaching to his followers on the importance of goal-setting in life. The young ambitious lad stopped to listen to the great words of the seer. He was highly impressed by him and decided to follow his words in life.

The next day, he set out to make a long list of goals he wanted to achieve. The list included, among others, things such as a big car, a large bungalow, a beauty queen as wife, 100 servants, a monthly income in millions, and a chance for yearly world tours. He was not satisfied with list, though. He thought to himself, “I must have missed some important things.”

So next day morning, he visited the village temple to meet the head priest there—known as the wisest man in his village. The young chap begged for an appointment with the priest. The priest obliged. The young man muttered to the wise man humbly, “Your highness, can you kindly spend a few moments perusing over this list of goals in my life. I am afraid I might miss an important thing or two, which I don’t want to. Would you like to add a few more for me? After all it’s a matter of my life!” 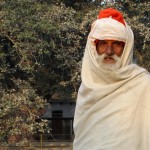 The wise man, having gazed at the paper for some time, said, “Yes, I would.” He groped for a pen on the table, held it in his hand and then put a large cross straight on the entire list. His hand, then, reached at the bottom of the list to add just one item—“Happiness.”

The young ambitious man, taken aback by such an unexpected addition, kept gawking at him with a question mark writ large on his face. The wise man explained, “My child, don’t get offended.” “Your list was really long and I am sure you are capable enough to acquire all therein. But what will you do, if at all, with them if you don’t have “happiness” at your disposal? Nothing.”

In Pursuit of Happiness

The young man in the above story made a mistake by listening to only half of what the great soul preached. He did a right thing for all wrong reasons. Goal-setting is very important in life—but it must have to be aimed at “natural happiness” not “artificial possessions.”

The young man’s inadvertence is a reflection of what the world does today. We are all mindlessly pushing ourselves hard to attain all the wealth and luxuries but seldom stop to ponder why we need them at all. We all need happiness. And we think these luxuries will help us gain happiness. Worse still, we fail to understand what true happiness is!

For a spiritually healthy life, we need to set our goals right and then work out a plan to attain them. The ultimate goal for all is to reach happiness. But the irony is that happiness itself has several interpretations. As in the case of the young man above, the acquiring of a large bungalow or marrying to a beautiful wife was supposedly assuring him happiness. For a man with ill health, the regaining of bodily health will be equal to accomplishing happiness. For a poor man living under the poverty line, the assurance to get two square meals a day will be equivalent to achieving happiness. There are illustrations galore! 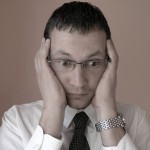 So what is happiness then? How can it be attained? And what kind of goal-setting exercise do we need to perform for attaining it?

According to mediaeval Indian poet-seer Sri Chaitanya Mahaprabhu, genuine happiness is absolute—it is not one step better than the position we are in; it is in fact the furthest point achievable, the acme of our pursuit of happiness. Secondly, with genuine happiness, there is no question of not being able to attain it, if we follow a ‘proper’ goal-setting plan to pursue it. In simpler terms, there are no misses on the path to genuine happiness.

Sri Chaitanya sees genuine happiness in spreading love. According to him, the aim of life for people should be prema (spiritual love), or more specifically, prema bhakti (devotional love for God). Sri Chaitanya, who is Lord Krishna Himself in the garb of a devotee, calls prema the fifth and the most important goal of life after purushartha (the four Great Goals of life) as prescribed by the Vedas.

According to the Vedas, the purpose of human life is to strive for the following four Great Goals—pursuing one’s religion, attaining economic development, accomplishing regulated sense-gratification and attaining liberation. Accordingly, the Supreme Lord offers human beings four types of pathways in the form of shastras (scriptures) to guide us towards the fulfillment of these goals.

The first among these is Dharma Shastra (theology and liturgy) that explains and lays down a person’s religious duties according to his or her age and nature of work. Second comes Artha Shastra (economics) that elucidates on the use of ethics by people while acquiring wealth by fair means. It also advises rulers on better public administration and offers instructions on proper conduct. The third guiding light is Kama Shastra (treatise on sex) that describes the process of gratifying one’s sexual desires without transgressing religious principles. Moksha Shastra is the fourth shastra that describes liberation.

According to the Vedas, a man’s average lifespan can be divided into four equal ashramas (segments)—brahmacharya (celibacy), grihastha (family life), vanaprastha (hermitage and mendicancy), and sannyasa (renunciation). The first segment (brahmacharya) constitutes the student life during which one learns the importance of all the four goals in life. During the course of brahmacharya, students are expected to live a celibate life inside a gurukula (traditional Indian residential school) under the tutelage of a guru. In the grihastha ashrama, one should practise religion, earn money and indulge in activities that gratify one’s senses in such a way that the three neither come in the way of nor become independent of each other.

Sri Chaitanya considers prema as the greatest of all goals. He explains that prema brings peace in this life and the next, while the other goals simply lead to temporal happiness, because in the next life we must start all over again. He, therefore, propagated singing of the names of Lord Krishna with love, which he called the Mahamantra. 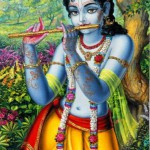 Through his thousands of hymns, distiches and songs devoted to Lord Krishna, Sri Chaitanya has given us the right and easy way to connect to God and learn to love Him. The first task in the path to loving God is to gain knowledge of ‘true love’ from a qualified teacher (guru). The next, and the most important, thing to do is to remove all doubts about Him, which will lead you to gain faith in the ‘real love’. Once you start having faith on this true love, you can begin practice of offering service to God through various means that include nama-japa (repetitive chanting of His name), puja (worship), bhoga (offering food to God), stotra-uchcharana (reciting sacred hymns) and paatha (reading books such as Gita and Bhagavata). In order to keep the lamp of love burning, we need to associate with sadhus (holy persons) who are practicing prema-bhakti.

Today, everyone is searching for the perfect person to love and be loved by, but, by forgetting the Almighty, the source of love, we have created so many false objects of affection. Without a loving relationship with someone as perfect and worthy as God Himself, we cannot be in union with Him and be happy. This propensity to love is gained by chanting the Lord’s names without offence under the guidance of a bonafide guru. Having set our goals thus and having worked out a plan based on love of God, we are assured of attaining the highest goal—eternal happiness.