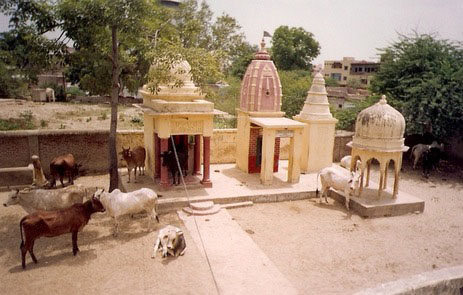 Answer: Your assumption that the dhama remains manifest after the disappearance of the Lord and His associates is wrong. The dhama also becomes unmanifest along with them. Therefore, the rest of your questions do not arise. 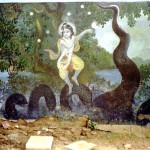 Question: So then why do we say that the dhama of the Lord like Vrindavan, Ayodhya, etc. is a holy place? What are the various places in the dhama, like Govardhan Hill, Barsana, etc.? Are they just imaginations by some people that the Lord did His pastimes there? Is it not that Krishna actually lifted the Govardhan Hill that we now see with our eyes? Is it not that He performed various pastimes at places, which we see with our eyes, like Kaliya ghat, Chirghat and Keshighat along the banks of the Yamuna?

So basically, what you see now is the replica of the original dhama. This is where the dhama was manifest and now still exists in an unmanifest state. It can still be witnessed by qualified people.

Ultimately, it is non-different from the original dhama. Just as the deity form of Krsna, that appears to be made of stone or other material, but is actually Krsna Himself. As Mahaprabhu said, pratima nahi tumi saksat vrajer nandana, “O Lord, You are not the deity but directly the son of Vrajendra, Krsna”. However, this fact can be realized only by a qualified devotee. So simultaneously both exist—the deity as seen by a common person and Krsna directly, as witnessed by a qualified devotee. The same is true about the dhama according to the acintya-bheda-abheda principle.